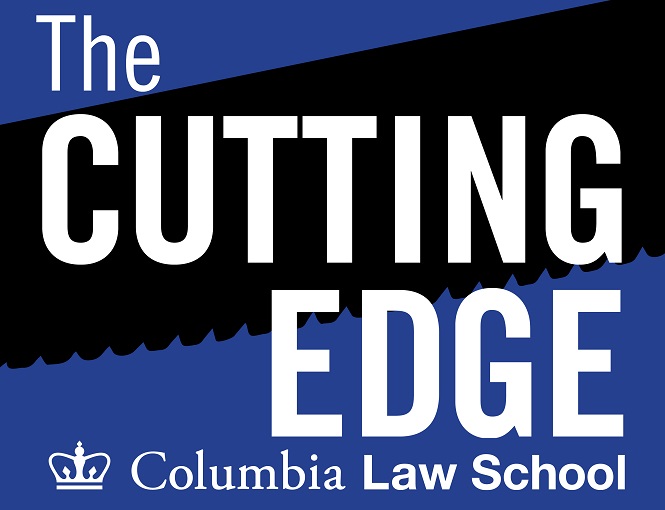 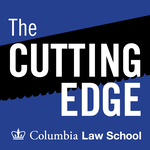 Cutting Edge Ep2: Special Counsel: Whose Interests Do They Serve?

While a partner at Latham & Watkins, Michael Bosworth played a leading role in successfully defending Michael Sussman, the former Perkins Coie partner indicted by DOJ Special Counsel John Durham for allegedly making a single false statement in a conversation in 2016 with then-FBI General Counsel Jim Baker. (Sussman was acquitted by a unanimous vote.)

Bosworth, now a partner and deputy general counsel at Goldman Sachs, joins host John C. Coffee Jr., Adolf A. Berle Professor of Law, and Jed S. Rakoff, federal district judge for the Southern District of New York and adjunct professor at Columbia Law School, to discuss the Sussman case and highlight the danger that a special counsel could seek retaliation against a president’s political enemies, even well after the president’s term.

Jed S. Rakoff has served since March 1996 as a U.S. district judge for the Southern District of New York. He frequently sits by designation on the 2nd and 9th Circuit Courts of Appeals. His most noteworthy decisions have been in the areas of securities law and criminal law. He is an adjunct professor at Columbia Law School and New York University School of Law and teaches at University of California, Berkeley School of Law and the University of Virginia School of Law. He has written over 180 published articles, 835 speeches, and 1,800 judicial opinions and has co-authored five books. He is a regular contributor to The New York Review of Books and the author of Why the Innocent Plead Guilty and the Guilty Go Free, and Other Paradoxes of Our Broken Legal System (Farrar Straus & Giroux, 2021).

Rakoff holds a B.A. from Swarthmore College (1964), an M.Phil. from Oxford University (Balliol, 1966), and a J.D. from Harvard Law School (1969). He clerked for Judge Abraham L. Freedman on the U.S. Court of Appeals, 3d Circuit. From 1973 to 1980, he served as an assistant U.S. attorney in the Southern District of New York, the last two years as chief of Business and Securities Fraud Prosecutions. From 1980 to 1995, he was a litigation partner at two large law firms in New York.

Rakoff served on the National Commission on Forensic Science (2013–2017) and as co-chair of the National Academy of Science’s Committee on Eyewitness Identification. He served on the New York City Bar Association’s Executive Committee and was chair of the association’s Nomination, Honors, and Criminal Law Committees. He was chair of the 2nd Circuit’s Bankruptcy Committee and of the Southern District of New York’s Grievance Committee and Criminal Justice Advisory Board. He served on Swarthmore College’s Board of Managers, on the Governance Board of the MacArthur Foundation’s Project on Law and Neuroscience, and on the committee on the development of the third edition of the Reference Manual on Scientific Evidence. He assisted the U.S. government in the training of foreign judges in Azerbaijan, Bahrain, Bosnia, Dubai, Egypt, Iraq, Kuwait, Maldives, Morocco, Saudi Arabia, Tunisia, and Turkey. He is a member of the American Academy of Arts and Sciences and the American Law Institute. He is a Judicial Fellow of the American College of Trial Lawyers and the American Board of Criminal Lawyers. He is a member of the board of the Touro Synagogue Foundation and of the William Nelson Cromwell Foundation. Among many other awards, he received in 2018 the Federal Bar Council’s Learned Hand Award for excellence in federal jurisprudence and in 2021 the American College of Trial Lawyers’ Leon Silverman Award for Distinguished Public Service.

Rakoff is married to Dr. Ann Rakoff, a child development specialist. They have three daughters and two grandsons. Rakoff has officiated at over 75 weddings. He is the author of numerous lyrics and humorous poems, several of which have been published. His and his wife’s hobby is ballroom dancing. In 2014, Rakoff was listed by Fortune magazine as one of the World’s 50 Greatest Leaders. 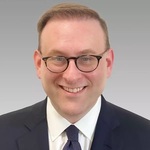 Michael Bosworth is a partner and deputy general counsel at Goldman Sachs. Previously, Bosworth worked as a partner and co-chair of the New York litigation and trial department at Latham & Watkins, where he represented a range of clients across multiple sectors on litigation, investigative, and regulatory matters. Before working in the private sector, Bosworth served as deputy assistant and deputy counsel to President Barack Obama, where he oversaw domestic legal policy issues; special counsel to FBI Director James Comey Jr.; and an assistant U.S. attorney in the Southern District of New York, where he was co-chief of the Complex Frauds Unit. Earlier in his career, he served as a law clerk to three federal judges: U.S. Supreme Court Justice Stephen Breyer, Judge Robert Katzmann of the U.S. Court of Appeals for the 2nd Circuit, and Judge Jed S. Rakoff in the Southern District of New York. Among other honors, Bosworth has been named one of Crain’s New York’s Notable LGBTQ Leaders, ,em>The American Lawyer’s Litigator of the Week, and one of the National Law Journal’s Washington, D.C., Rising Stars. Bosworth is a graduate of Yale Law School and Princeton University.

Coffee has been elected a Fellow of the American Academy of Arts and Sciences and is a Life Fellow of the European Corporate Governance Institute and the American Bar Foundation. He has also been repeatedly listed by the National Law Journal on its annual list of The 100 Most Influential Lawyers in America.

For his work in white collar crime, Coffee was awarded the Donald Cressey Award for Lifetime Achievement by the Association of Certified Fraud Examiners in 2011. For his work in corporate governance, Coffee received the Allen & Overy Law Prize in 2018 for “The Agency Costs of Activism: Information Leakage, Thwarted Majorities, and the Public Morality,” a paper exploring how the interests of activist investors can conflict with those of other shareholders.

Coffee’s scholarly books include Corporate Crime and Punishment: The Crisis of Underenforcement (2020), Entrepreneurial Litigation: Its Rise, Fall, and Future (2016); The Regulatory Aftermath of the Global Financial Crisis with Eilís Ferran, Niamh Moloney, and Jennifer G. Hill (2012); Gatekeepers: The Professions and Corporate Governance (2006); and Knights, Raiders, and Targets: The Impact of the Hostile Takeover with Louis Lowenstein and Susan Rose-Ackerman (1988).

Coffee has served as a reporter to The American Law Institute for its Principles of Corporate Governance, which set forth the fiduciary duties of corporate officers and directors. He also served on the Legal Advisory Committee to the New York Stock Exchange and on the Legal Advisory Board to the National Association of Securities Dealers (which formerly oversaw Nasdaq).

Coffee’s comments on current issues appear frequently in publications including The New York Times, The Wall Street Journal, and Financial Times, and he regularly testifies to congressional committees on issues of securities and finance law. He writes a column for the New York Law Journal on securities law and corporate governance. He is a recognized expert on both the Securities and Exchange Commission (SEC) and the Delaware Court of Chancery, the forum in which the vast majority of American commercial disputes are heard.

At Columbia Law School, where he has taught since 1980, Coffee founded and serves on the editorial board of The CLS Blue Sky Blog, where legal scholars and practicing lawyers write on current issues involving the capital markets. In his role as director of the Center on Corporate Governance, Coffee regularly organizes conferences at which leading experts in finance and law discuss and illuminate current issues in securities law and mergers and acquisitions. He frequently speaks on corporate governance and securities regulation issues in the United States and abroad.